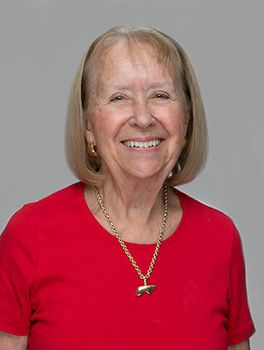 Make Me Your Preferred Agent

Doris Bailey has been in Vail almost from the beginning, and skied here that first 1962-63 season when the Lodge at Vail had 65 hotel rooms (with official greeters, Pete Seibert and Bob Parker), and the Rucksack held, at most, 3 customers (if they were thin, and stood with shoulders touching).

Born and raised near Cleveland, Ohio, Doris and her former husband moved to Vail in 1964. Her lofty college and graduate school degrees offered little value to this fledgling ski area, but from among Vail's total population of 50, everyone was needed for service jobs. Her first job was heading the brand new Vail Resort Association, later to become the model for the U.S. ski industry. She recalls that first office in the Plaza Lodge, about the size of a modest motel room, shared with George Knox, Sr. George was soon to debut a local newspaper which he named The Vail Trail. One of her incredible memories is typing (with questionable skills) on a manual typewriter. lengthy, personal letters to every single person who wrote to Vail inquiring about accommodations, lift ticket prices ($5 per day), restaurants (3), and - what is there to do other than ski?

Vail grew quickly, and Doris was deeply involved during those early years in virtually every aspect of Vail's development, including the transition from company town to an incorporated municipality, formation of many organizations such as the Vail Women's Golf Association (at Vail's then 9 hole golf course), plans for the first library, the interfaith chapel, the spectacular melodrama productions, annexations, establishing a local campus for Colorado Mountain College, the first paving of streets, even heading the Colorado Hotel Sales Management Association. Remarkable memories of a Vail which has grown to be one of the premier resorts in all the world.

Licensed as a real estate agent and later a broker for over 20 years, Doris has participated in sales of homes and condominiums, vacant lots and farm and ranch land, water rights, leases, commercial spaces and buildings, and every conceivable kind of glitch which might occur in the transference of property. The part of this business which keeps Doris in her job is the fabulous Vail clientele, and the strong friendships with people from around the world which have developed. Like many of the "old-timers" her "book of business" consists of people she knows, and those referred by people she knows and does business with. Her customers are from all parts of the world, and from all parts of life. She does not specialize in any type of property, nor any type of person.

Doris lives in a condominium in Eagle-Vail with two cats and too much stuff. At tax time each year she records nearly 2,000 miles per month in her car, nearly all of which are driven in Eagle County. An avid traveller, she has visited/ spent time in India, Nepal, East Africa, Guatemala, Israel, Egypt, Greece, and many more places. And, she can't wait until the next "big trip!" Doris loves family, friends, Stacy and Cyndi (who are both), hiking, golf, travel, Vail, and closings!

Beaver Creek
Nothing defines “first-class resort” as perfectly as Beaver Creek, with its immaculately groomed slopes, charming village, heated pathways, escalators and some of the best skiing and snowboarding Colorado has to offer. This...
View All My Communities
Join Slifer Smith & Frampton
With many companies facing hard decisions, we are so proud to call Slifer home. We have been grateful to be able to retain all employees and continue to grow. We’ve gained the largest...
Visit My Blog
The Local's Perspective Newsletter
Stay in the loop with things to do, monthly market updates and more.
Subscribe
SSF Mobile App
Don't miss out on your perfect home, search properties on the go and be notified in real time when a property that matches your criteria hits the market.
Download the App